Inquilla Law was started by Kish Inquilla, who has practiced immigration law exclusively since 1999. Danny Inquilla joined the firm in 2017. The mission of Inquilla Law is to provide superior, yet affordable, legal counsel about immigration law and processes to families. 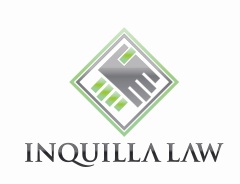 I started working in immigration law while a graduate student at Columbia University. I volunteered for Catholic Social Services in New York City learning about asylum laws and helping asylum seekers from Cuba, Guatemala and Nigeria. My love of immigration law and those caught in the system grew from that experience and became my focus and my passion.

After graduating from the University of Cincinnati College of Law in 1999, I was hired as the first attorney on staff at the Immigration Assistance Program in Kalamazoo, Michigan. In 2001, I became its director when the program moved under the auspices of the Diocese of Kalamazoo. As the Program Director for 11 years, I led the Diocese of Kalamazoo Immigration Assistance Program in serving thousands of families through the immigration process and advocated for immigrants’ rights and protections in the state and nationally. I helped reunite families and keep others together. In addition, I helped hundreds of committed and truly amazing members of our community become new citizens of the United States.

In July of 2013, I opened Inquilla Law. I want Inquilla Law to be a law practice dedicated to serving immigrants and their families. I remain committed to providing affordable, compassionate, and honest counsel to those seeking to immigrate and to those who already have made the United States their home.